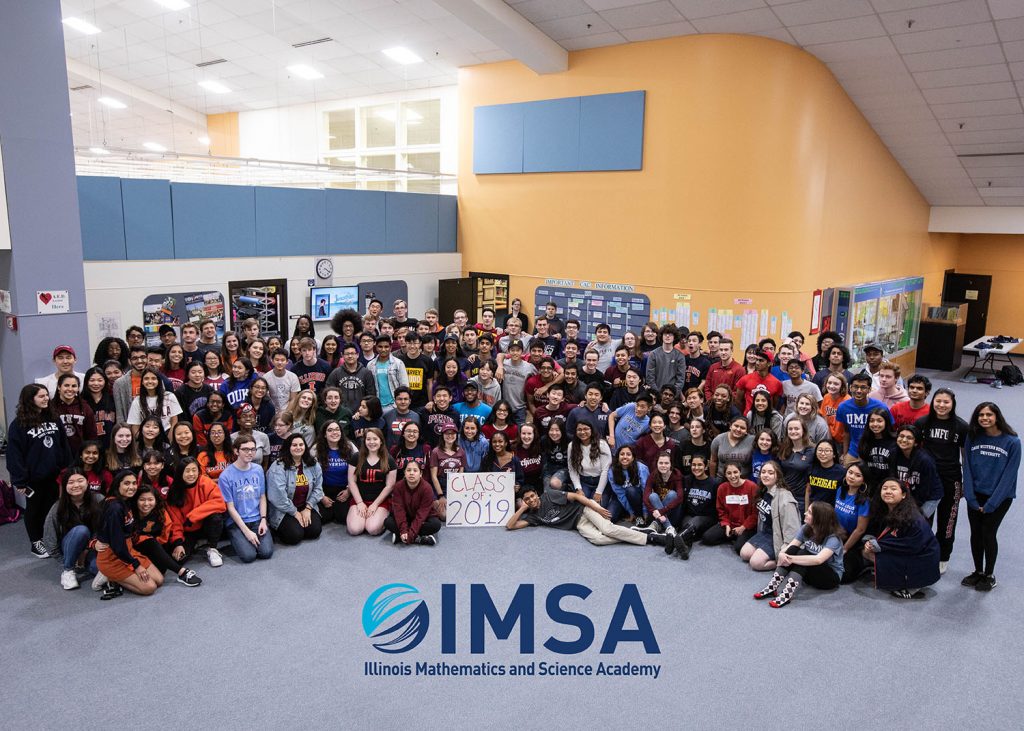 With only a few weeks before the end of the academic year, the excitement on campus is palpable. Many students are taking Advanced Placement Exams, seniors made their college decisions a couple of weeks ago (see picture to the right) and are counting down the days to Commencement. Juniors can’t wait to transition to senior bench and sophomores soon will no longer be the newest class, but rather will be a third of the way on their journey to graduation.

Today, I wanted to share with you the progress that IMSA has made to recruit high ability, low-income students to the Academy. Some of you know that when I became President of IMSA, I shared that my mission in life is to reduce poverty. Up until I arrived at IMSA, I thought that the primary way to accomplish this mission was through education. I am now convinced that solving the clean water and sanitation challenge, providing affordable and clean energy, and reducing inequalities, for example, all contribute to reducing poverty in our world. For this reason, my personal and professional commitment at IMSA has been to focus on increasing opportunities to learn for all populations, especially for those who are from low-income families.

When I began at IMSA, I was advised by a development professional that if I wanted to succeed in raising funds for IMSA, I should not focus so much on low-income families because they would have fewer means to support the Academy financially. I disagree with this assumption. In my experience, those who come from poverty tend to be extremely generous because they know how much financial support helps bridge the gap between those who have and those who don’t. My own personal life is a case in point. 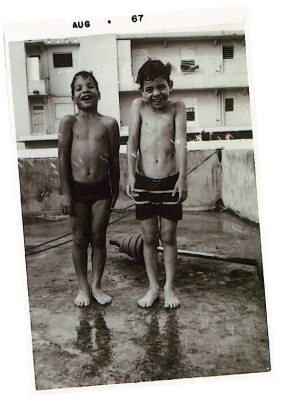 I grew up in poverty. My parents divorced when I was six months old. I was raised in a single-family home where my mom often left my older brother and me with my grandparents while she worked, sometimes traveling to New York City or Chicago while we stayed with my grandparents in Puerto Rico. By the time I reached the 6th grade, I had been in seven different schools. From 7th grade to 12th, I moved another five times. I lived with my grandparents and with three different family members. Several years ago, I realized that my brother and I lived in a house or an apartment with my mom only three times while we were growing up. Upon further reflection, the reason for this became clear to me. We were homeless.

Nevertheless, my brother and I (see picture to the right) were supported by loving family members. My brother went to medical school and has worked as a physician in Puerto Rico over the past 30 years. I completed my undergraduate and graduate degrees, including my Ph.D. from the University of Maryland at College Park, and have had the opportunity to work professionally in Maryland, California, at the Department of Defense Education Activity, and Illinois. As I have been blessed, I have attempted and succeeded many times in giving away 10%-15% of my income to nonprofits and work-related charities. Growing up in poverty and achieving a measure of success has led to my gratefulness and generosity.

Grateful to serve as President of IMSA, I remain,