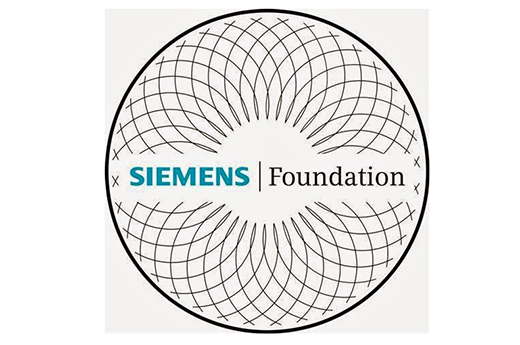 Two IMSA students were named regional finalists in the 2015 Siemens Competition in Math, Science & Technology, a prestigious designation that comes with a $1,000 scholarship. Junior Pranav Sivakumar of Tower Lakes and Senior Paul Nebres of Naperville, who worked together to design algorithms that detect gravitationally lensed quasars, were two of less than 100 regional finalists named in the nationwide research competition, selected from more than 4,500 entrants. IMSA was also heavily represented at the semifinalist level, with four of Illinois’ 13 students hailing from the Academy.

Sivakumar and Nebres’s project focused on improved methods of detecting quasars, which are bright, distant space objects that can help reveal mysteries about dark matter and dark energy, which make up 95% of the universe. Using data on quasars from the Sloan Digital Sky Survey (SDSS), the students developed an automated process to find which of these quasars have a high probability of being gravitationally lensed. This information could lead to insight on how much dark matter and dark energy exists in the universe, which could ultimately shed light on whether the universe will keep expanding, stop expanding, or collapse. The two regional finalists virtually presented their work to judges at the University of Notre Dame on November 13-14, each giving a 12-minute oral presentation with 15 minutes of Q&A.

“We are proud of Pranav, Paul and our semifinalists for being recognized at such a notable competition,” said IMSA President Dr. José M. Torres. “These projects reflect the innovation and inquiry spirit of our students and we are excited that IMSA faculty and programs like Student Inquiry and Research have helped these students and many more excel in research and discovery while still in high school.”

In addition to Sivakumar and Nebres, Seniors Brice Wang of Naperville and Aadit Shah of Bloomingdale were also named Illinois semifinalists in the Siemens Competition for their original research. Wang was honored for the research he conducted at Harvard Medical School on hypertrophic cardiomyopathy (HCM), a genetic disease that can cause sudden death. Wang’s simulations and analysis helped ruled out several mutations previously believed to be pathogenic, and his findings can be applied in the development of more precise diagnostic methods to screen for this disease. Aadit Shah used 3D modeling software to study the genetic structure of far-red fluorescent proteins, which can be used to tag cellular markers, identifying tumors, parasites, and other phenomena as a non-invasive alternative to biopsies.  He then modified the genetic structure of these proteins, creating a stronger understanding of far-red protein structure and increasing the viability of noninvasive biopsies.