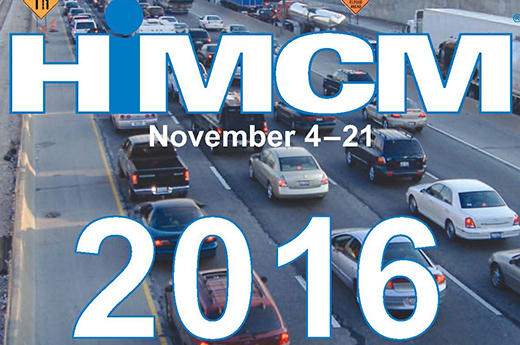 Two teams of IMSA students were named Outstanding Finalists, the highest ranking possible, in the High School Mathematical Contest in Modeling (HiMCM) worldwide math competition. The IMSA teams finished among the top eight out of 719 teams, which marked the 10th time in the last 11 years that an IMSA team has achieved the highest possible ranking. Additionally, two other teams from the Academy reached the rank of Finalist, four were Meritorious, and six received honorable mentions, totaling 14 teams and 48 students receiving awards in the international contest.

The HiMCM is a 36-hour contest held by The Consortium for Mathematics and Its Applications (COMAP), in which each team is given a mathematical modeling problem to solve, and then must submit a paper discussing their solution to the problem. Though the international competition is rapidly growing, IMSA has continued to stand out as a leader amongst some of the world’s most renowned schools. Team A featured Seniors Paul Nebres from Naperville, Noor Michael from Lombard, Jason Chen from Dunlap, and Kush Gupta from Crystal Lake. Team B consisted of Seniors Brice Wang from Naperville, Joy Qiu from Naperville, Angad Garg from Oak Brook, and Daniel Sohn from Inverness.

Outstanding teams will have their solution papers (or their solution abstracts) published in COMAP’s Consort newsletter, among other places.  More information on the contest can be found at http://www.comap.com/highschool/contests/himcm/.